When God decided to distribute the land to the people, a huge queue was created. The Georgians, a people known now for its temperament and dynamism, they decided not to waste their time waiting in the queue, but to make a feast to celebrate the creation of the world. Till all the beautiful and eloquent toasts were told, the pieces of land that God shared had been exhausted. The Georgians, with the childlike innocence that characterizes them, apologized and said they were late because they drank wine. That openness and honesty did not leave the Creator indifferent; then He generously offered their piece of land, which had guarded for Himself. It goes without saying that this was a place that only heaven can be compared to: mountains, smothered in emerald vegetation, the deep blue caressing your look, the bright sun – what more could you wish for? 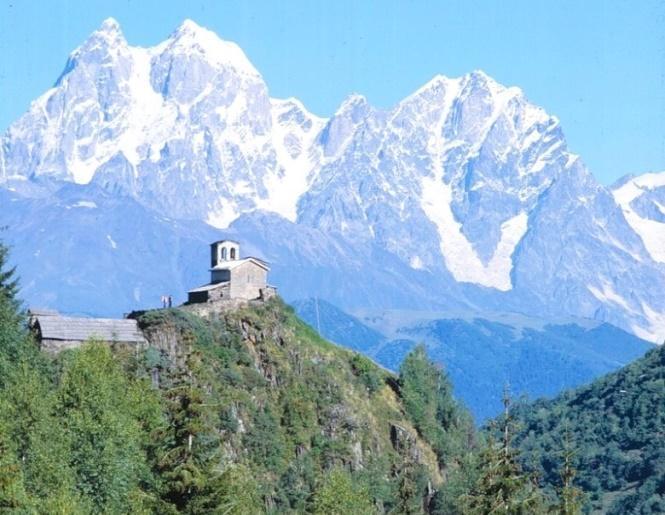 Georgia has always been and remains one of the most attractive destinations for tourists, vacationers and for the believers as well. The warm Black Sea waters and the incredible view, the delicious wine and the “Borjomi”, with its beneficial properties, the tasty souvlakia and KHACHAPURI; all these are only a small part of all those beautiful things that have been linked to Georgia and its people. 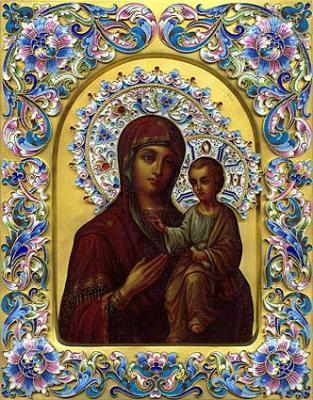 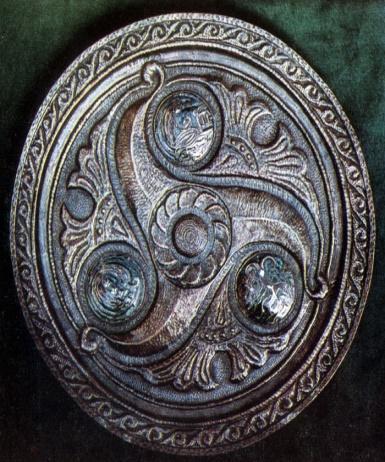 Arrival at the Sota Rustaveli airport

Transfer from the airport to the hotel

Putting up at the hotel

The beginning of the tour programme

Our trip to Georgia will start from the capital city of Tbilisi, one of the oldest cities in the world. In 2008 Tbilisi celebrated its 1550th anniversary. The city is located in a beautiful area, surrounded by relatively high mountains, in the valley, beneath which flows the river Koura. In Georgia it is said as Mtkvari (“sweet, fresh”). Through Georgia, namely through Tbilisi, has been passing the famous “Silk Road”, which linked the West with the East, and which linked Georgia with the other countries of the Caucasus, Persia, India and China.

Here is just the spot to enjoy the most spectacular views of the old town on the left bank.

The Church of the Virgin of Metechi or just Metechi, is situated in the historical district of Isani In mythology, in Metechi rests Shashunik the Martyr (remembered on September 10). The rock of Metechi was also the place of the congregation of the patron of Tbilisi St. Abu (8 c.)

Then we move to the funicular that will take us to the old castle Narikala. The Narikala fortress (ІV c.) was the main fortress of the old town. 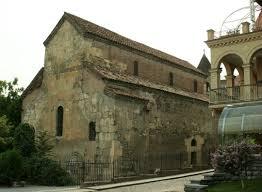 Transfer to the eastern region of Georgia, in Cacheti.

The Cacheti region is the birthplace of grapes in Georgia. Over 80% of all Georgian vineyards are located in this region.

The Bodbe monastery complex, which is the tomb of St. Nino, who was the figure of the Enlightenment of Georgia, is an Orthodox Cultural Center, the holy of holies in Georgia. The monastery is just 2 km from Signakhi (Cacheti), which kept the relics of the figure of the Enlightenment of Georgia, St. Nino Equal to the Apostles, which reposed in the year 347, being 67 years old, after 35 years of apostolic asceticism.

The church celebrates on January 14 and usually attracts many pilgrims.

Signakhi is one of the most romantic cities of Georgia founded by Tsar of Georgia, Hercules II, on the XVIII century, and its name comes from the Persian word “unreachable”. Signakhi is situated above the Alazani Valley; from here wonderful views of the valley from which passed the Silk Road are offered.

We will enjoy the commanding view of the caste of Signakhi city which protected it for centuries. In the local museum, works of the famous Georgian painter, Niko Pirosmani, are exhibited. The visit to the museum for the exhibition of Niko Pirosmani is optional.

We will visit the house in which the shooting of the film «Lubov s aktsentom» took place, where the hospitable owner Sergei will give us the tasty Karsi. 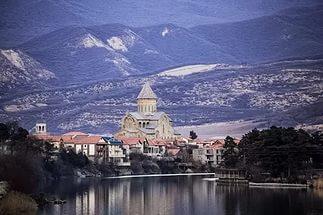 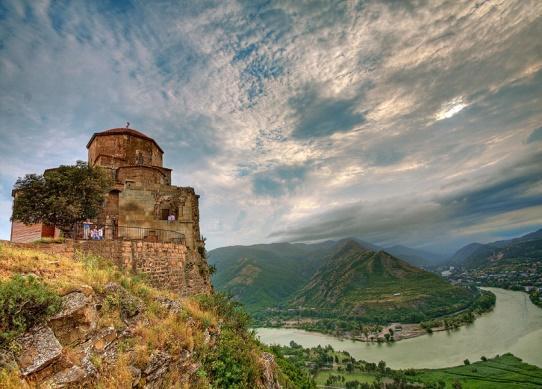 Mtskheta. Excursion to the ancient capital of Georgia in Mtskheta

The ancient city of Mtskheta is a place of worship for every Georgian. The town was founded in the second half of the I-st ​​millennium BC, almost simultaneously with the creation in the territory of Georgia of the Eastern Georgian Kingdom – Kartli (Iberia) with its capital in Mtskheta.

Visit to the Jvari monastery. The Jvari monastery (“The Church of Saint Cross”) which was built in the VI-th century is located on a high mountain with a breathtaking panoramic view of the confluence of two major rivers Aragvi and Kura. According to legend, here was placed the cross of St. Nino Equal to the Apostles. The Jvari is the first in Georgia monument of World Cultural Heritage. From this monastery was inspired M. Lermontof the masterpiece of Russian literature, the “Mtsiri” poem.

In the Svetiskhoveli temple, the rite of pray will take place.

Tour to the Svetiskhoveli Cathedral. According to legend, the Cathedral sanctified in honor of the Twelve Apostles was built over the burial spot of the robe of Jesus Christ. In the main Cathedral of Georgia in Svetiskhoveli, the coronation ceremonies and weddings of Kings of Georgia were held. In church there are many paintings of the XVI- XVIII c., some of which were restored in the XIX century.

Visit to the Samtavro monastery.

The Samtavro monastery preserved many relics: the mulberry of Saint Nino (Maklovani), a part of the Life-giving pillar Svetiskhoveli, miraculous images of the Virgin of Iveria and Agis vivo, the relics of Abibosa Nekresi. 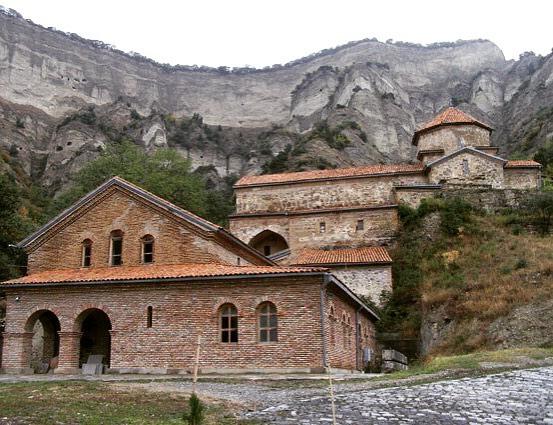 Visit to the Shiomgvi monastery.

The monastery is located 9 km from Mtskheta. The oldest building convent was built on Ar. Shio, one of the 13 Assyrian Fathers. Shio had died here and was buried in the well, which was converted into a crypt.

In Kand village, on the outskirts of Tbilisi, is the monastery of the 13 Assyrian Fathers, who labored on earth of Georgia spreading Christianity and building monasteries. Even nowadays Cayman Father Serafeim makes huge efforts reviving the rites in Aramaic, which was the language of the Mediterranean people, the language of Christ. 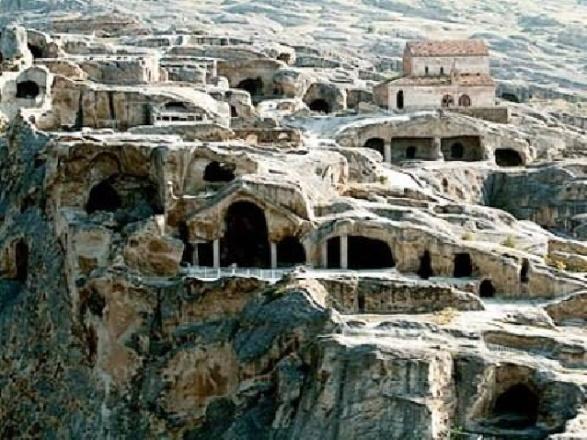 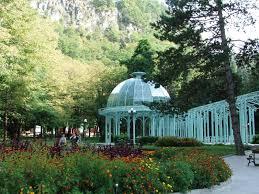 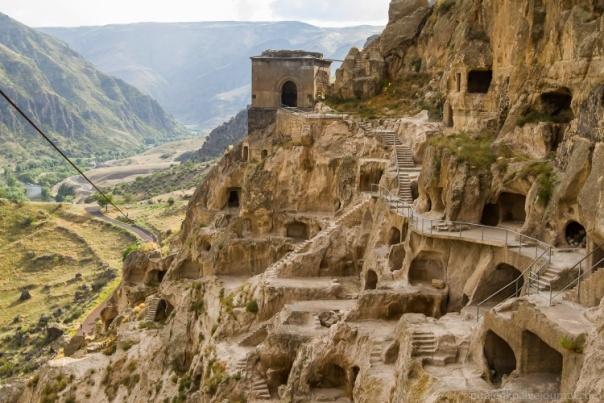 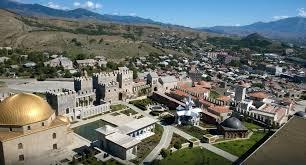 Visit to the city-castle of Rabati in Ahaltsikhe. In the architectural complex, next to the Orthodox church of St. Marina, coexist the mosque, the Catholic Church, the synagogue and the Armenian Church, the Jakeli castle, Turkish baths and amfitheatro.

Tour to the famous monastery complex of Vartzia where icons of the faces of Queen Tamar and her father George as he was alive have been preserved. 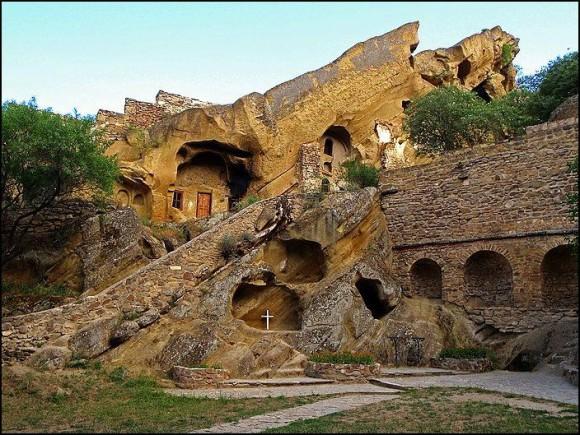 The complex consists of 20 monasteries carved into the rocks and covers the territory of the three areas of Georgia – Gardabani, Sagaredzhiyskogo and Sighnaghi. The main monastery is considered to be the holy laurel of St. David, located on the north side of the mountain, separating Georgia from Azerbaijan. The border passes along the top of the mountain, which Georgian historians call Udabno from the homonym monastery. This particular monastery is located on the territory of Azerbaijan, on the southern side of the mountain. Besides, on the southern slope of the mountain there are more than 100 caves, which the monks used as cells. The farthest from the border, about 2 km, is the Bertubani Monastery (dating back to the 12th century). In many churches the frescoes of VIII-XIV centuries have been preserved, with the portraits of historical figures, including the portrait of King Tamar.

Possible visit to the Monastery of Metamorphosis and Tobori 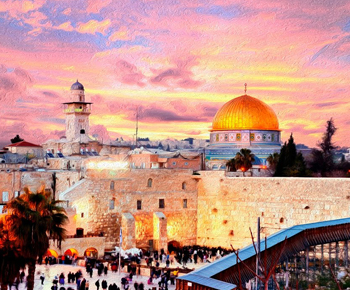 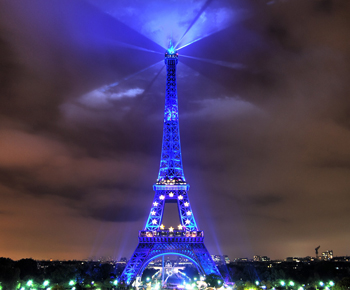 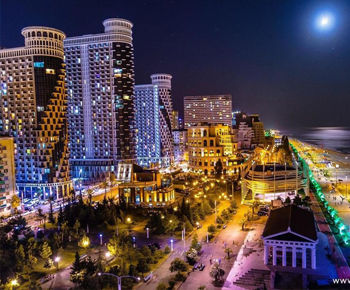